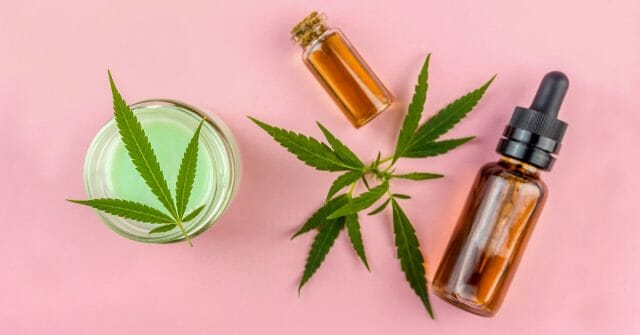 CBD can help deal with depression

Millions of people die each year from health-related causes, and a large percentage of these cases are caused by cancer and heart issues. According to CNBC, cancers, heart diseases and iatrogenesis (deaths caused by medical malpractices and mistakes) account for millions of deaths every year, far above any other cause of death.

While it is easy to keep tabs on deaths caused by known reasons and direct causes, it is difficult to monitor deaths by reasons we cannot physically see: mental illnesses. All over the world, almost a million people die every year due to mental illness and related causes, most of these deaths caused by suicide.

Depression and depressive disorders are major aspects of mental disorders that go unattended to and are neglected in many societies today. In the United States alone, suicide is the cause of almost 50 thousand deaths a year, and this number is rapidly climbing. The increase in standard of living has caused stress in young adults and the reliance on digital technology has caused lack of sleep, which is a direct cause of depression.

Fortunately, its not all bad. With the signing of the Farm Bill of 2018 by President Donald Trump, cannabis and its products can now be legally used to deal with the effects of depression and mental illnesses. An important component in cannabis that can help deal with depression is cannabidiol or CBD, and we will be studying this component a bit more to understand how if it works and how it can work to fight depression.

For a full understanding of how CBD works to tackle depression, it is first important that we study how depression works.

Serotonin is known the happy chemical in the human body and is responsible for our general state of wellbeing. Many people have linked an imbalance of feel-good chemicals like serotonin in the brain to depression. However, that is just not true. While serotonin is definitely a very important player, it is not enough to cause major depression.

Depression is linked to many other neurotransmitter imbalances, as well as conditions like inflammation and structural changes in the brain caused by stress or trauma. There are other factors like genetics, past trauma, life events and physical illnesses that could lead to depression and determine if a person stays depressed longer than normal.

Due to the large and varying factors that cause depression, there is no single, magic cure for it. Treatment for depression includes psychotherapy, antidepressants, and in some cases, hallucinogens. Drugs which are created to boost serotonin levels do work, but moods can be improved after a long period of time. This further supports the fact that serotonin levels aren’t the only players in the fight against depression, even though they are key.

Neurogenesis is also required to restore brain function that has been atrophied or reduced due to depression, and antidepressants help with that over time. However, while the use of antidepressants is a sure way to deal with depression, other lifestyle choices and the use of supplements like cannabidiol can help expedite the process.

What does CBD do to the Brain?

It has been established through research that cannabidiol interacts with the endocannabinoid system (or ECS) in the brain to simulate the ECS to produce natural cannabinoids which help regulate pain, pleasure, memory, sleep and other functions in the brain. This system is very complex and the activity of CBD on it is not clearly understood. However, this interaction can lead to better feeling and a general sense of wellbeing.

CBD also helps activate a serotonin receptor in the brain which controls a large network of neurotransmitters that help to speed up neurogenesis and improve the speed at which brain function is restored after atrophy due to depression.

Are there Evidences that Support CBD as a Cure for Depression?

At this point, it is very unclear the effect CBD has on the endocannabinoid system and how the interactions help better wellbeing. This is understandably so because the ECS is a very intricate system that has not been fully understood. Restrictions on cannabis by the DEA had previously not made it possible to carry out clear studies for better enlightenment, and hopefully that is about to change.

However here is what we know about CBD and its claim to solve one of the world’s biggest problem – depression.

First of all, we know that the ECS is important in the mental health of human beings. Studies show that when cannabis is prescribed, the likelihood of young American men to commit suicide drops significantly. This can be attributed to the interaction between CBD and the endocannabinoid system as explained above.

As a matter of fact, drugs with a different effect on the ECS has been shown to increase the likelihood of suicides dramatically.

Also, experiments carried out on rats have proven to help reduce the level of depression in rodents, with CBD having rapid antidepressant effects on the animal.

Most of it is Within Your Control

Antidepressants are usually not prescribed alone. Most depression doctors, therapists and psychiatrists prescribe antidepressants combined with psychotherapy and other therapeutic practices. If you are looking to relieve your depression, the solution is the same. A mixture of antidepressants or CBD, improved social life, better choices and psychotherapy can prove effective when used together. It is easy to take a single pill for your problems, but if you do not back it up with the required action, you won’t do much.

What this means is that self-care should be an important part of your routine. The goal is to heal your hippocampus, and natural ways to do this are sometimes more important than anti-depressants or other methods that involve doping or tweaking the free state of your mind.

That is not to say the use of CBD or antidepressants is wrong, but a healthy balance is necessary until we get full understanding of how CBD works and its side effects. Only then can we truly determine how much of it we can truly take.

There’s still so much we need to understand before CBD can be touted as a solution to severe depression and other forms of mental illness. However, with what we know so far, we can make an enlightened decision on whether we should use them or not. The evidence suggests that CBD has the power to help you deal with depression, the unseen disease that has led to suicide, which has killed millions of people already.

The fact that the DEA allows it to be legal in various states in America means they understand it is necessary and safe. Hopefully, many researchers will make use of this opportunity to do more research and get more info that will better inform our decision.

If you want to get the best CBD products, we got you covered. We understand that this kind of treatment can be confusing to a lot of people, and we are willing to answer all your questions related to cannabidiol and how it can be used.

We also offer the best and purest CBD, should you choose to use it. This chemical is totally legal, so you won’t have any problems using it, as long as you use it responsibly and for medical purposes. Give us a call today and get all your questions answered.