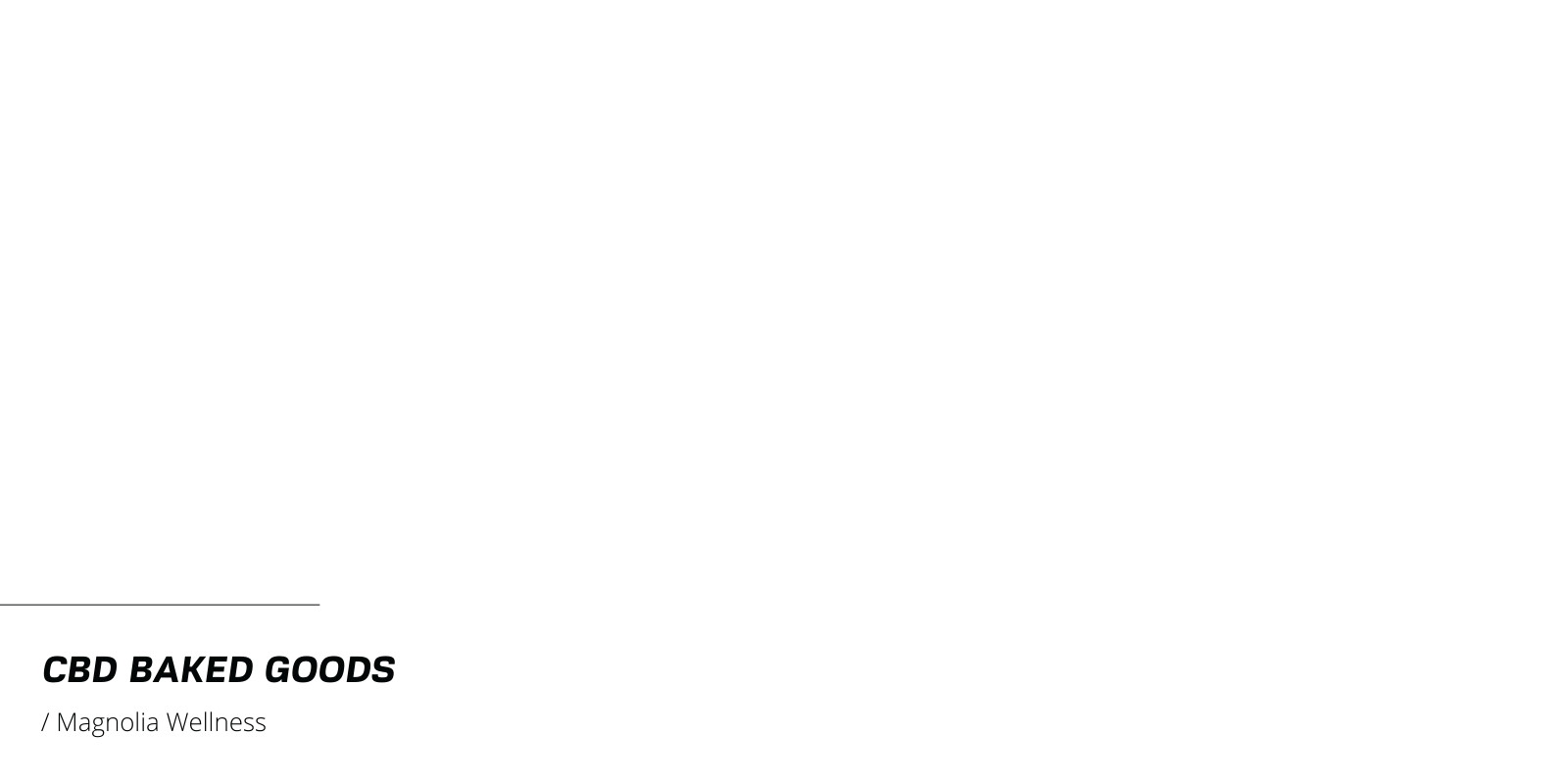 No products were found matching your selection.

CBD (cannabidiol) delivers many beneficial therapeutic properties. It is derived from hemp, a non-intoxicating form of cannabis, so you receive none of the psychoactive effects. CBD is one of many cannabinoids that benefit our central nervous system and is the cannabinoid of choice for medical patients due to its many therapeutic properties which, among other things, include reducing the frequency and severity of seizures, treating depression, reducing inflammation, reducing nausea in cancer patients, and relieving stress.

Magnolia offers baked goods with a precise dose of CBD. Our customers, particularly our medical customers, increasingly prefer to ingest their CBD infused in a cookie or brownie, rather than smoking or vaping. When it comes to convenience, discretion, and accuracy, and flavour, baked goods are a perfect choice.

Cannabinoids, such as CBD, are the natural components of cannabis that interact with the human body. CBD is typically associated with a general sense of wellness. As a cannabinoid, it can bind with different kinds of receptors in our bodies. This interaction is governed by what cannabinoids are consumed and the method by which they are consumed.

Ingesting edibles has a more significant effect and is longer-lasting. The cannabinoids are absorbed into your bloodstream through the digestive tract and the liver, as opposed to smoking, in which the cannabinoids are brought into the bloodstream through the lungs, and result in a faster, but shorter effect. It takes longer for the cannabinoids to reach the receptor cells in the brain when they are Ingested, but the effect is more profound, and it lasts longer. Another reason for taking slow and in small amounts is that the digestive system metabolizes more cannabinoids than when you inhale into the lungs. So, give it an hour or so after your first dose. Start with a small amount and go slow.

Cannabinoids have their effect mainly by interacting with specific receptors in the brain and body: the CB1 receptor, found on neurons and glial cells in various parts of the brain, and the CB2 receptor, found mainly in the body’s immune system.