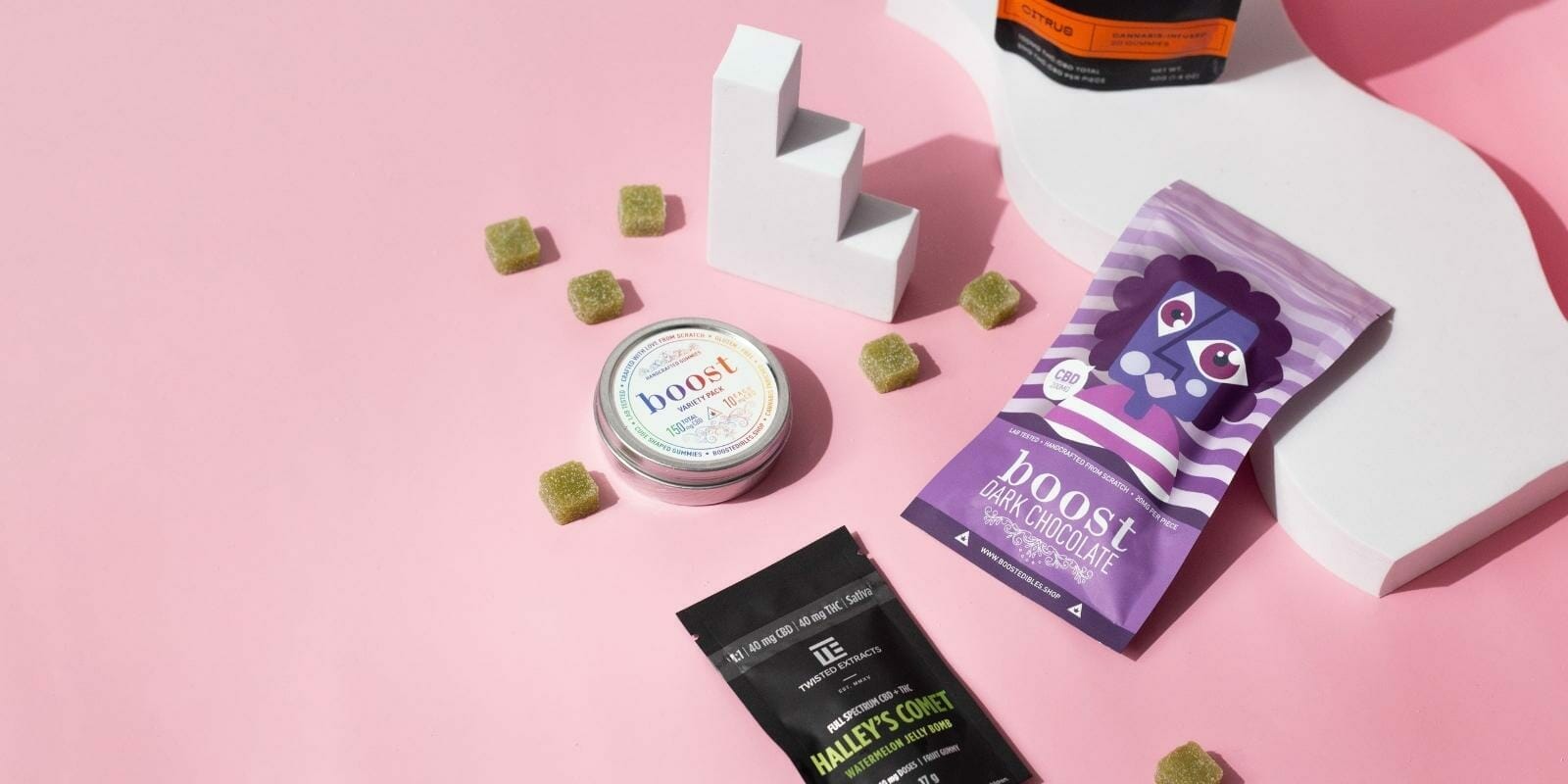 Full-spectrum is a word used to describe extracts and concentrates in which other cannabis therapeutic compounds, in addition to the primary cannabinoids (THC or CBD) are present, in varying amounts. Broad-spectrum is basically the same thing only THC is absent. A broad-spectrum extract might contain CBD and other therapeutic cannabis compounds, but no THC.

Edibles made with full-spectrum extracts retain as much of the phytochemicals as possible during the extraction process, all of which can provide therapeutic benefits. This is referred to as the Entourage Effect, a theory based on the idea that cannabinoids deliver a more beneficial effect when delivered with a higher proportion of phytochemicals like terpenes, flavonoids, and other cannabinoids.

You can receive the benefits of the Entourage Effect through both Full and Broad-Spectrum concentrates. In addition to the added therapeutic benefits, these other compounds give cannabis it complex and pleasurable combination of flavours and smells.

The Way They Work and Why They Are Healthier Than Smoking

To discuss the way they work, we need to mention the endocannabinoid system. This system is a network of neurotransmitters, and their receptors and enzymes. This system plays a major role in regulating almost every function in our bodies. The more we know how we are specifically affected by cannabinoids, the more specific we are about their usage and presence in our system. Optimization of your cannabinoid balances is so varied and individualized, that trial and error is a mandatory way to determine your own formula.

Edibles are healthier for you than smoking. Many patients seeking therapy can’t smoke, so ingesting cannabinoids are not only easy and convenient, but they are also the only option. Inhaling smoke from a combustion process brings tar, carbon monoxide, and sulphur dioxide into your lungs. Vaping, although not inhaling smoke, also brings substances into your lungs that are ultimately unhealthy.

Buy full spectrum THC edibles in Canada from Magnolia Edibles. We provide more than the highest quality cannabis edibles; we are your information source. Contact us. We are here to help you.