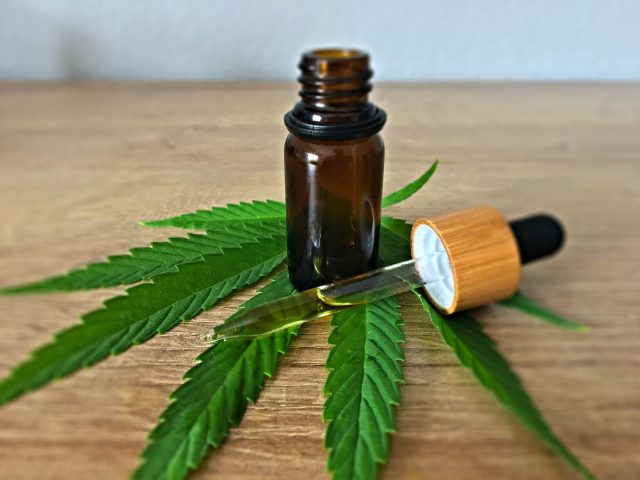 What are the possible side effects of CBD?

From students in college to advanced individuals in retirement, CBD has shown to be incredibly versatile, appealing to adults of all ages. For most of these individuals interested or currently hearing about cannabidiol (CBD), there is a common assumption that it came out of nowhere. This fragment from the cannabis plant has become the talk in town for millions of people essentially because of the proliferating benefits being discovered.

Contrary to the collective thoughts of people regarding CBD and its apparent anonymity until the past few years, CBD has been researched on since even the late 70s. Composite scientific studies have been performed for decades on both CBD and its more popular sister compound; THC.

Unlike THC which is mostly recognized for its psychoactive capabilities, CBD has been studied to be seen in a different light; capable of a myriad of medical benefits and exempting the psychoactive nature of THC in cannabis. Despite that, there is still misperception regarding the legal status, use of CBD and most importantly, its safety and efficacy. However, as one would think of something with increasingly positive discoveries, people have been in relatively high expectance for the possible negative outcome of CBD.

Candidly speaking, it is noticeably difficult to discover, from the plethora of archived scientific research, any specific indication, pointing out risks or side effects of CBD use. Yet, the use of CBD can still be considered relatively new and there are chances of missing important information regarding its use generally and for individuals with specific conditions.

The following is a comprehensive guide to any possible risk that is existent with the use of CBD;

• Side effects from high dosage
The major cause for a lack of scientific evidence against the use of CBD is the lack of clinical uses and trials. Epidiolex happens to be to the only clinical trial drug available to base the research for side effects on. Epidiolex is an FDA-approved drug, composed essentially of CBD and used for patients with childhood epilepsy.

There has been varying clinical application of CBD oil by researchers using varying dosages but the clinical trials using Epidiolex showed the most general possible side effects as it regards dosages.

The research was based on high dosages of CBD, prescribed to teens and kids between the ages of 2 to 18, for 14 weeks and suffering from the childhood epilepsy dysfunction. Interestingly, the total daily dosage given to them was apparently more than a full bottle of standard CBD oil which brings the doses amount to over 1,300mg.

Some of the patients encountered the following side effects:
• Fatigue or drowsiness
• Diminished appetite for food
• Digestive complications
• Distorted or increased liver enzymes

Patients who experienced these complications, when analyzed, were found to experience it during the initial stages of the doses when there was rapid increase in the amounts they were given. Subsequently, the side effects were found to significantly diminish when the doses were steadied or reduced. Essentially, the side effects from high dosage can obviously be evaded by a reduction in the dosage of your CBD product.

• Side effects as a result of imprecise CBD product content
The scientific assessments made on patients like that of the epidiolex clinical trial, makes use of relatively high, but safe and pure CBD or CBD-containing products. This may not be the case for all the currently available firms who produce CBD products and this is especially true in the US as a result of the lack of regulatory laws and systems in the supplements industry. This implies that there is a possibility that the CBD product you purchase may not have the active ingredients as the ones listed on the label which could imply a variety of side effects for users. To further buttress that point, only about 30% of CBD products accessible for unrestricted purchase were precisely labeled, according to recent scientific study.

The most common of these is an increased or unknown amount of THC in the product that may, in due course, stimulate its psychoactive property in the user. Ultimately, misleading product content could, at its worst, lead to extreme side effects, causing significant, longstanding damages to your body.

Contraindications for CBD use:
Even though the World Health Organization (WHO) has critically reviewed and deemed CBD as a prominent treatment for varying medical conditions and cases as well as attributing it with a decent safety profile and low risk for dependency and abuse, there is still every possibility for contraindications. These possibilities cannot be overlooked and as such the available information and advice for individuals with varying conditions using CBD products are as follows;

• People on other medications
CBD may inadvertently interact with a variety of certain medications or pharmaceuticals. This is clearly understood in the enzyme CBD is known to inhibit called cytochrome P450 (CYP450) as it is directly used by specific drugs for metabolism. This interaction between them, depending on the drug, may increase the general concentration levels and thereby either increase the toxicity or the efficiency of the pharmaceuticals.
Some of the possible interactions include; Opioid painkillers such as alfentanil, Macrolide antibiotics such as telithromycin, Anti-arrhythmia drugs such as quinidine, Migraine drugs like ergomar. In essence, if you are considering integrating CBD into your regular health routine while you are taking other prescriptions, ensure to speak with your doctor first. It is however noteworthy and important that although CBD is amazing it should not be used as a replacement for any current medication of yours as it is meant to be a supplement except professionally approved.

• People with liver impairments
As previously mentioned in the side effects of epidiolex bringing about increased liver enzymes, it is important for people with liver complications to be cautious with CBD use, although there is not enough scientific information proving the exact role of CBD in increasing liver enzymes because the patients using epidolex were also making use of drugs with heavy impact on the liver. Summarily, if you have liver complications and want to make use of CBD, it is essential you are keeping tabs on your liver enzymes.

• Pregnant or Breastfeeding women
The fact that whatever is in a pregnant or breastfeeding woman’s bloodstream is essentially going to the child’s bloodstream makes it important to be aware of CBD’s impacts on such a person. Unfortunately, not enough scientific research has been done to determine the impact of CBD on a developing child. It is however advisable to curtail CBD intake for pregnant women or breastfeeding women as well as a wide range of other medications and foods, essentially because of the sensitivity of the stage and unavailability of sufficient information.
There are a few other contraindications for CBD usage but the best advice for someone with a precedent medical condition is to consult your doctor first before integration.

Conclusively, the side effects that may arise from CBD products is mostly attributed to the manufacturers of these products. This makes it a necessity to get your CBD products from highly trusted professionals and we are here to fill that gap for you. Our CBD products, aside from being highly effective, have been professionally researched and processed with your comfort and well-being constantly kept in mind. Ensure to contact us for your uncontaminated and efficient CBD products to help get your health to its best.